Mammoth Sound is the entrance to a mind behind some mammoth sounding music.  It combines some of the most rocking styles and great bands with proven circuitry and analog capturing devices.

Mammoth Sound was formed by Anthony Jacobs; Recording Engineer, Producer , and musician.  He currently works as a freelance producer with some of his works done in house, and some work recorded remotely at various studios across the USA.  Anthony Primarily works on rock and electronica, but his experience encompasses jazz, hip-hop, rock, funk, blues, big band, and electronica, with some radio airplay.

We have an idea here at Mammoth Sound that music is a natural, breathing thing, and it is suppressed by algorithms in a computer.  Anthony has embarked on  a lifelong quest to understand exactly why the top producers use analog gear, and with that knowledge, build a boutique, unique recording studio with circuitry rivaling the best known gear and circuits out there.  Anthony has taken this quest to the extreme and he is currently studying electrical engineering at Metropolitan State University of Denver with the premise that once he can unlock the magic behind these proven designs, he can create his own truly unique and one off circuits that will transform his sound into something that is truly unattainable anywhere else.

Most of the Gear used in the studio is truly analog, and hand built by Anthony himself.  He has installations in a few recording studios across Colorado and his gear is identified by the Mammoth Logo engraved onto the faceplates of his builds.

Mammoth Sound is also a network of musicians, producers and engineers that are making modern music with a vintage flavor.  Anthony has worked with hundreds of musicians across the country to create a unique library of tunes soon to be released.

Anthony Jacobs is a freelance producer

Anthony Jacobs is a freelance Engineer

Anthony Jacobs is a freelance Musician specializing in the bass guitar, keys, and composition.

What so not & Gantz remix.

Jeb Burgess and The Jive

Big Wave Dave (David Anas) has been a Summit County Colorado local for 7 years. He has hosted the open mic night in Dillon Colorado and has been writing music since he can remember. Moving…

END_OF_DOCUMENT_TOKEN_TO_BE_REPLACED

An Alternative rock band sounding similar to minus the bear, [soundcloud id=’90104779′]

The Toadies “I Come From The Water” Through Mammoth Sound

The Toadies song “I come From The Water”  Through some Mammoth Sound 1073 Mic Pres.   Recorded by Bill Douglass (www.royalrecording.com)   Enjoy.

The Toadies “Tyler” Through Mammoth Sound

Check out the recordings of the Toadies’ acoustic set Live in KRXP 109.3 FM. recorded through some Mammoth Pre-Amps.  Those Sowter transformers are doing a mighty fine job. Tyler is One of my favorite Toadies…

END_OF_DOCUMENT_TOKEN_TO_BE_REPLACED

The Toadies Cover Blondie through some Mammoth Sound Preamps.  Enjoy. 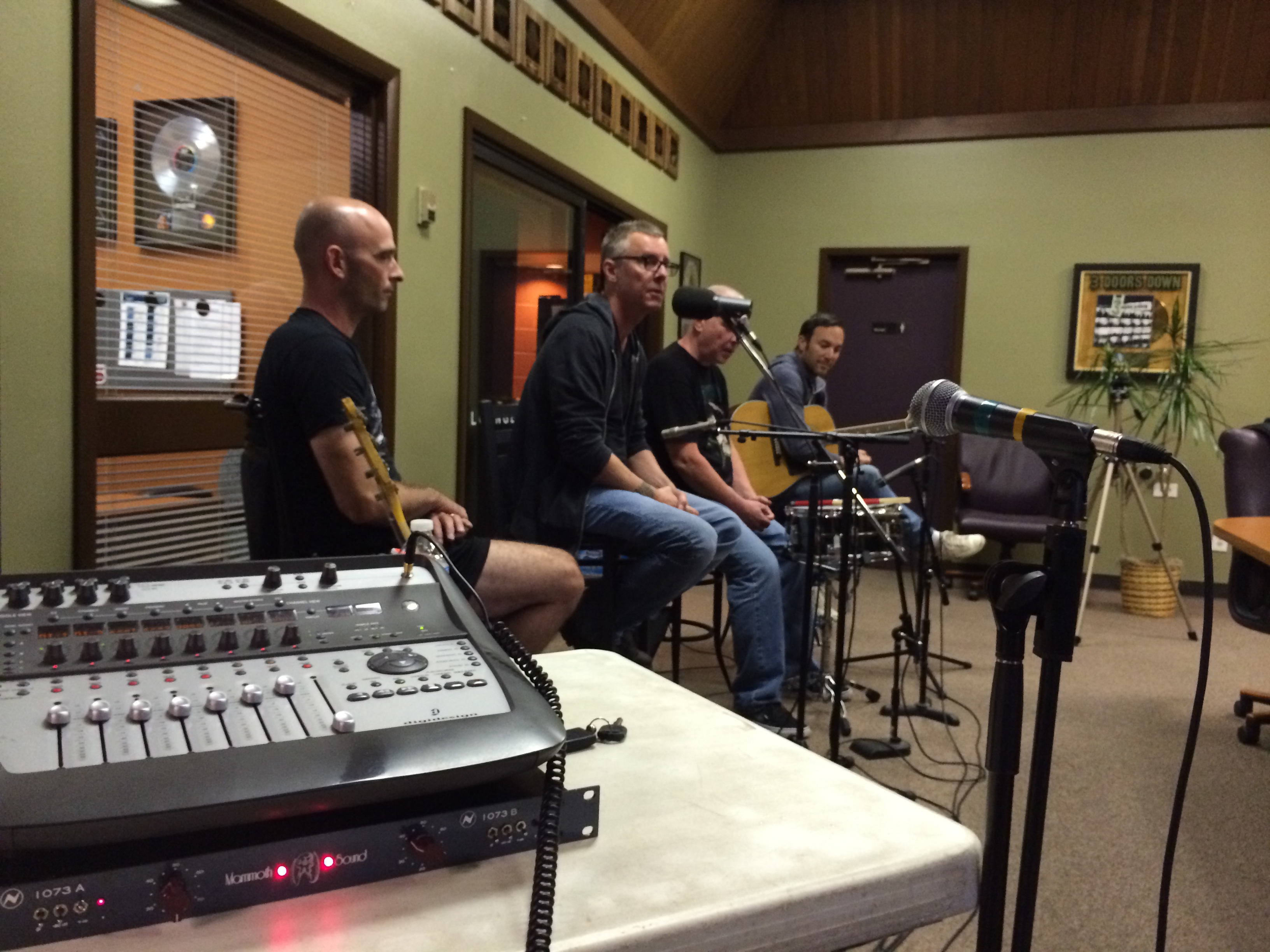 The Toadies were recently at the station doing an acoustic set.  It was recorded by Bill Douglass (www.royalrecording.com) using some Mammoth Sound Gear.  Shown is the Mammoth 1073 Neve clone.  Recording to follow.